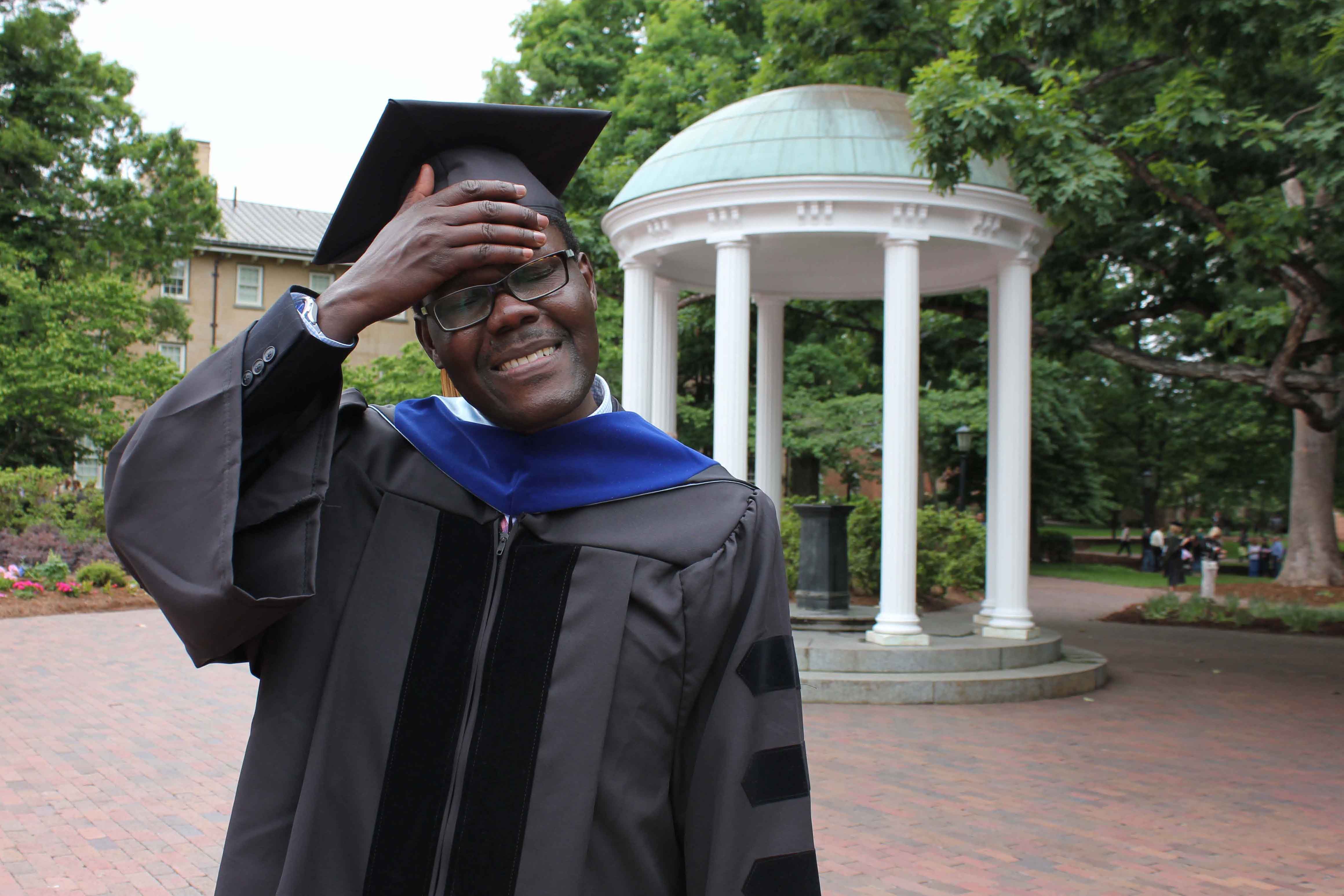 Christopher Bernard Otieno Agala, also known to many at CHPIR as “Bernie”, is originally from Aherro, Kenya, a rural village near Kisumu County. He grew up 1 of 10 children, 4 of whom died. His father was a farmer who never went to school, and his mother had very little education, but always pushed the children to work hard in school, saying, “Education is the key”. In Bernie’s case, it was not only the key, but what saved his life.

When Bernie was in 8th grade, his mother passed away at 38 years old from late stage breast cancer. While others were not able to, Bernie remained enrolled despite his family’s struggles.

“My mother’s death was the turning point in our family. My father wasn’t good at taking care of us – my mother was the one who always kept the family together.”

Bernie stepped up to not only take care of his family and set a good example. He received a scholarship to the Starehe Boys Center and School in Nairobi, which led to him attending Starehe Training College, and then Kenyatta University where he majored in finance. This was an incredible achievement for his family and his village.

“I was the first in my whole village to go to college,” he said.

After graduating, Bernie was hired to work on various public health NGO work. Through this work, his roles on projects continued to expand, from project monitoring, to analyzing data, and interviewing children and their caregivers. This was how Bernie eventually met Dr. Kathryn Whetten, who hired him initially as lead interviewer at ACE Africa to work on an HIV project, Positive Outcomes for Orphans (POFO).

Bernie was always motivated by his mother’s death to improve public health in some way. Acess to health care was always an issue where he grew up. This is what influenced him to apply for doctoral programs in public health, eventually leading him to the health policy and management program at the Gillings School of Global Public Health, where he graduated from this past May.

“If you look at where I came from, you wouldn’t believe I would be here.”, He said. “Without my mentors at Duke, supporting me, I wouldn’t have been able to do this. I am incredibly grateful.”