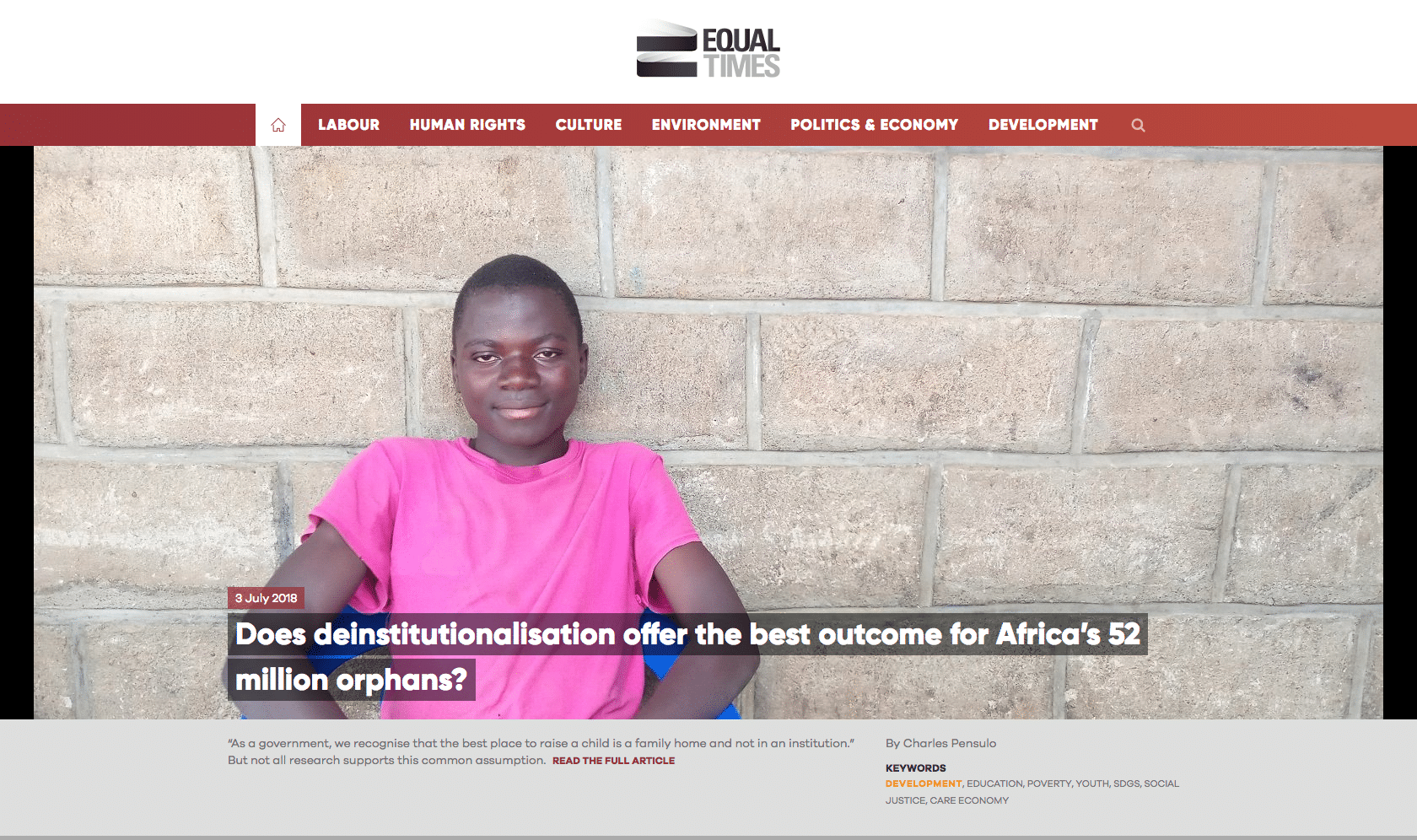 Article on Deinstitutionalization in Malawi from The Equal Times

Written by hyvhuynh on October 31, 2018. Posted in Uncategorized. Leave a Comment

Journalist, Charles Pensulo, wrote a comprehensive article for “The Equal Times” about deinstitutionalization in Malawi and interviewed Dr. Kate Whetten about findings from the Positive Outcomes for Orphans (POFO) Study:

Speaking to Equal Times, Whetten adds: “There is no NIH study of older children that has found that they do poorly in orphanages or institutions. All of these rigorously peer-reviewed studies have found that children in need do as well or better in orphanages relative to family settings, and that orphanages can be the place where children who are going to drop out of school, have severe emotional difficulties and learn no job trade, are able to thrive.”

She notes that in Cambodia, the closure of orphanages and the return of children to their families led to cases of trafficking and children being forced into sex work. When governments “don’t have money to monitor the process, then that’s a problem,” she adds.

For experts like Whetten, the best solution for the care of vulnerable orphans is to create a family-like environment in institutions where a caregiver looks after small groups of eight to ten children. She says the issue is not that the concept of orphanages is bad because just as there are bad institutions, there are also bad homes.

Mussa, the founder of the Chikondi Orphanage in Malawi, agrees: “We have very few people who can raise other people’s children. When children come here, I take care of them as if they were my own and sometimes people out there don’t even know they are orphans. Some of these children don’t even know their actual homes as their relatives have abandoned them. Before we start talking about the closing of orphanages, think about how many children are homeless in this country,” she warns.

“I wouldn’t have been able to stay in school if I was still staying with my mother in the village,” says Chikondi, the young man who has been under Mussa’s care for five years. He adds that his mother is still struggling to feed herself. “I would still be working for food and clothes. This is my only hope.”

For the full article, please visit “The Equal Times” website.